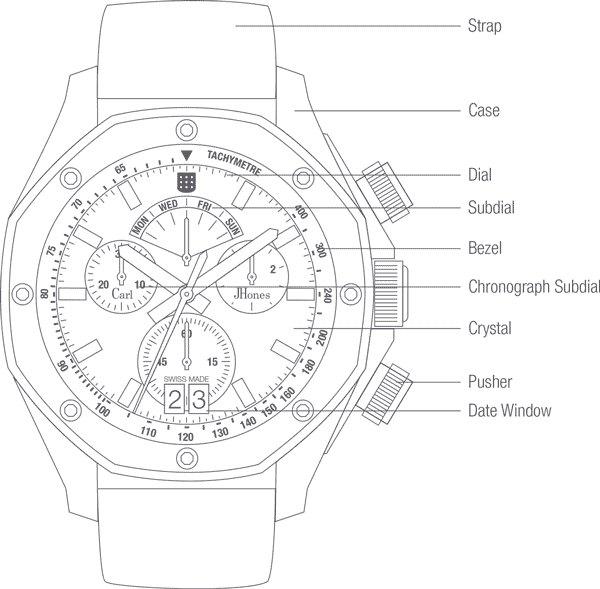 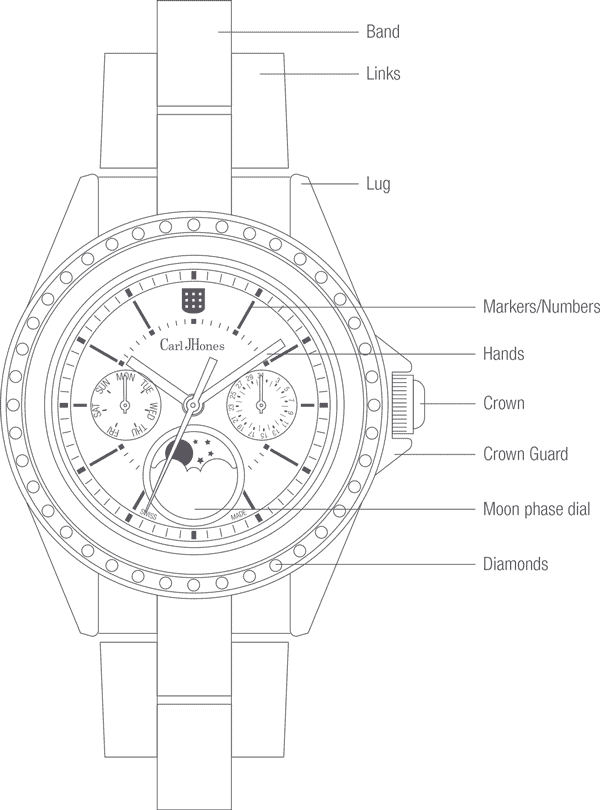 A function of a watch that keeps track of date, day of the week, month, and year.

A small opening (also called a “window”) in the dial that displays certain information such as the date, day, month or moon-phase.

Usually made of metal, the bezel is a ring around the crystal on the top portion of a watch that holds the glass or crystal in place.

The container that protects the watch movement. Cases are available in many shapes such as round, square, oval, tonneau and rectangular.

A button on the outside of the watchcase used to set the time and calendar. On mechanical watches, it is also used to wind the mainspring.

Made of glass, plastic or synthetic Sapphire, the crystal is a transparent cover that protects the watch dial and reduces glare.

A plate, with a metal base and visible through a crystal, that carries certain indication, such as the hours, minutes and sometimes seconds.

Indicators that move over the dial to point at the hour, minute or second. Watches generally have three hands to show the hours, minutes and seconds.

Small Sapphires or Rubies, located on the movement, that reduce friction by acting as bearings for gears in a mechanical watch.

Sometimes referred to as horns, lugs are projections on the watch case that are used to secure the strap or bracelet to the watch case.

An assembly of components to measure the passage of time using a mechanical mechanism.

A function of a watch that allows for the tracking of the lunar cycle.

Acting like an engine, a movement is the inner mechanism of a watch that keeps time and powers the watch's functions.

A function of a watch that keeps track of date, day of the week, month, and year. This type of watch requires no adjustment once a year.

Button(s) located outside of the case that control speciﬁc functions of the watch. Pushers are most commonly found on watches with a chronograph.

A mechanism that uses an electronic oscillator that is regulated by a compound called silicone dioxide, commonly known as quartz crystal to keep time powered by battery.

Attached to the watch movement, the rotor rotates freely to wind the mainspring and store power in automatic timepieces.

A strip or band of leather or rubber that holds the watch to the wrist. It must be non-metal to be considered a strap; a metal version is a bracelet.

A small dial placed inside the main dial on a watch's dial that give information not provided by the main watch dial such as a chronograph. 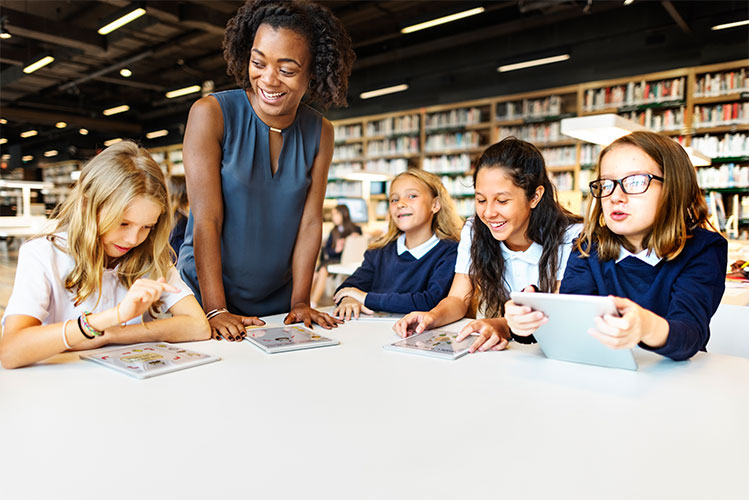 Caring For the Future
When you purchase a Carl JHones watch, you are investing in the youth of tomorrow.
Learn More 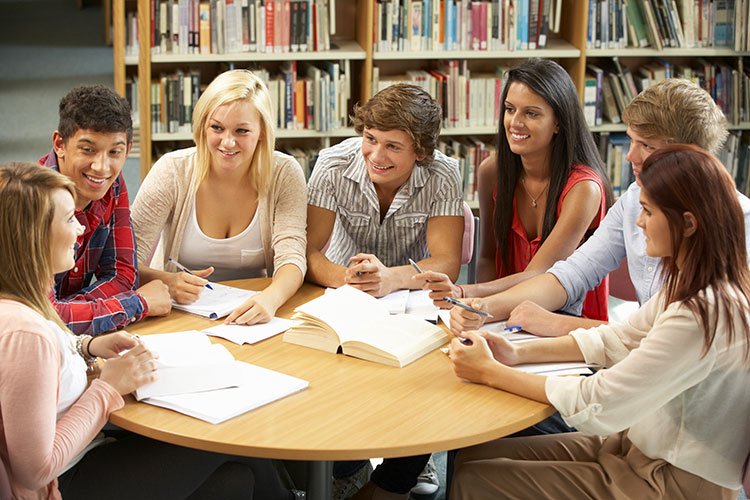